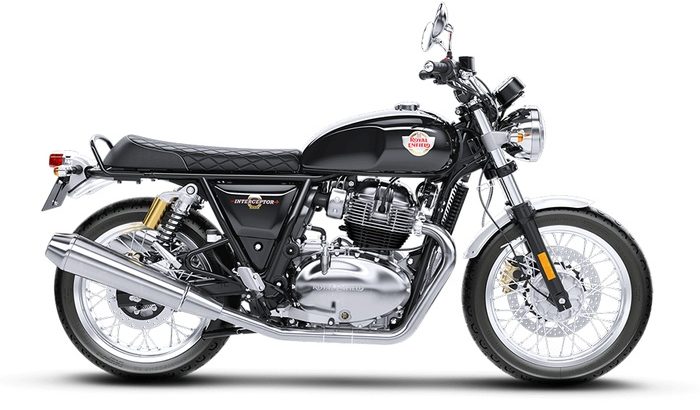 Royal Enfield is one of the oldest motor cycle manufacturer brand and Royal Enfield Interceptor 650 is their first ever twin cylinder motor cycle. It was unveiled at the Technology Centre in Leicestershire, England, in November 2017 and was released in 2018 with positive reception. 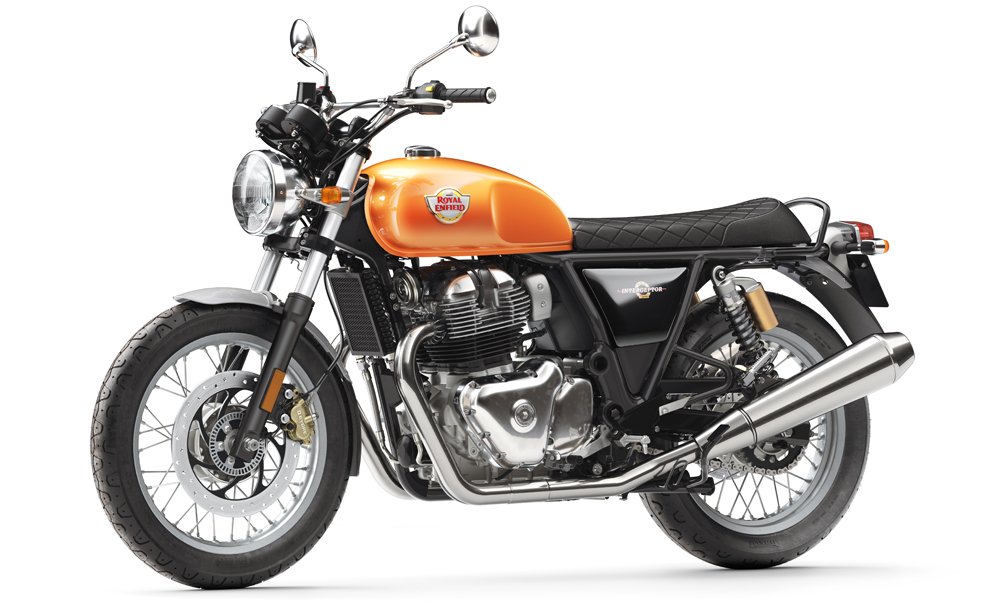 It features a twin cylinder air/oil cooled engine of 648cc displacement. This engine is capable of generation power of 47HP at 7250 rpm and maximum torque of 52Nm at 5250 rpm. The cylinder uses 4 valves and 8 in total by the engine which results in increased efficiency and performance. To regulate engine’s power, it is equipped with their first ever manual 6 speed gearbox accompanied by wet, multiplate clutch.

You May Like: It’s Official: Royal Enfield Continental GT 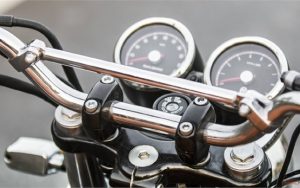 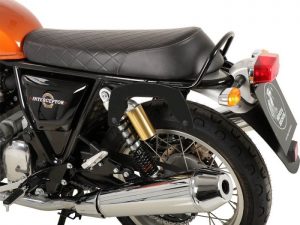 Its chassis is built of tubular steel frame and measures 2122mm x 789mm x 1165mm in dimension giving a weight of 202kg of kerb weight. Wheelbase for this bike stands at 1400mm wide and ground clearance at 174mm high. The chassis is aided in the front by 41mm front fork with 110mm travel and Twin coil over shocks with 88mm travel suspension in the rear.

Now in the wheels it comes equipped with 320mm floating disc in the front which can be grabbed by twin piston ByBre calipers and a 240mm disc at rear actuated with a bosch dual-channel ABS for reliable stopping power. The 18 inches wheel size features a tubed tyre whose size is 11/90-18 at front and 130/70-18 at the rear.

Interceptor 650 comes with a 13.7L and can provide mileage of around 26km/l. This bike can travel at top speed of 149.96km/h which is quite significant at its price range. Along with solid looks and affordable performance Royal Enfield Interceptor 650 is expected to be popular among various people with taste in classic bike with modern power