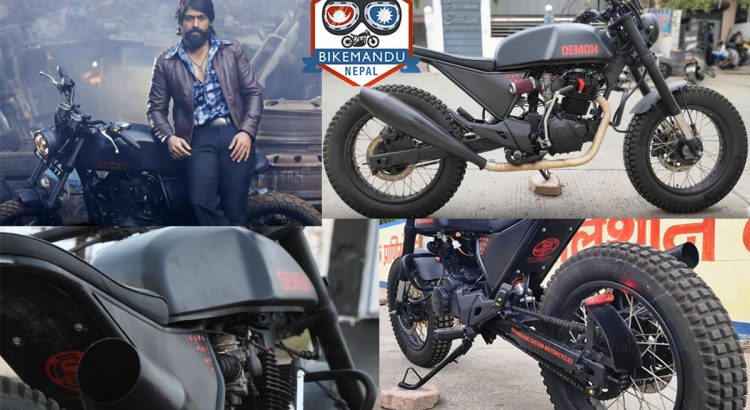 This news is regarding the modification of the Hero Karizma, which is a racer bike, modified to look like the KGF. The KGF bike is actually a bike that was used by the superstar Yash (Rocky) in the KGF movie, where the name of the bike comes from, called KGF (Kolar Gold Field). The bike itself is actually a modified version of the Royal Enfield Himalayan bike. This modification was done by the company called the Dirt Machine Custom Motorcycles which is a full-scale bike workshop based in Indore, India.

You May Like: It’s Official: Motorcycle created by the Nepali Student

The company Dirt Machine Customs have stated that the concept for the modification was actually request by a client. What the client wanted was a Yamaha FZ modified in to a the KGF bike. But since the client themselves wanted a much lighter and a faster ride, the company suggest that the client use a Karizma R bike. So, the modification was conducted on the Hero Karizma instead. During the modification, many changes were made to make it look exactly like the bike from the movie but also additional changes were made like the Demon initial printed in the fuel tank and the seat height and ground clearance were also improved for a more comfortable ride. The bike features a comfortable single saddle seat.

Like we mentioned before, the Karizma is actually a racer bike, so much changed were needed to be made to make it look like a Scrambler bike from the movie. The company decided to give it a matte black finish with red color accents to make the bike look exclusive and make it look exactly like the bike from the movie. The black and red color scheme also gives it a contrast that makes it pop.

The company decided to put a Michelin Scrambler 4-18 tires for the bike. The wheels on the bike are actually black powder-coated steel rims with 40 chrome-finish spokes. Much changes were made to the rear swingarm as well as the rear part of the chassis. The company included a LED headlight and also LED indicators at the back to give it a sporty finish. The whole exhaust system was also modified. 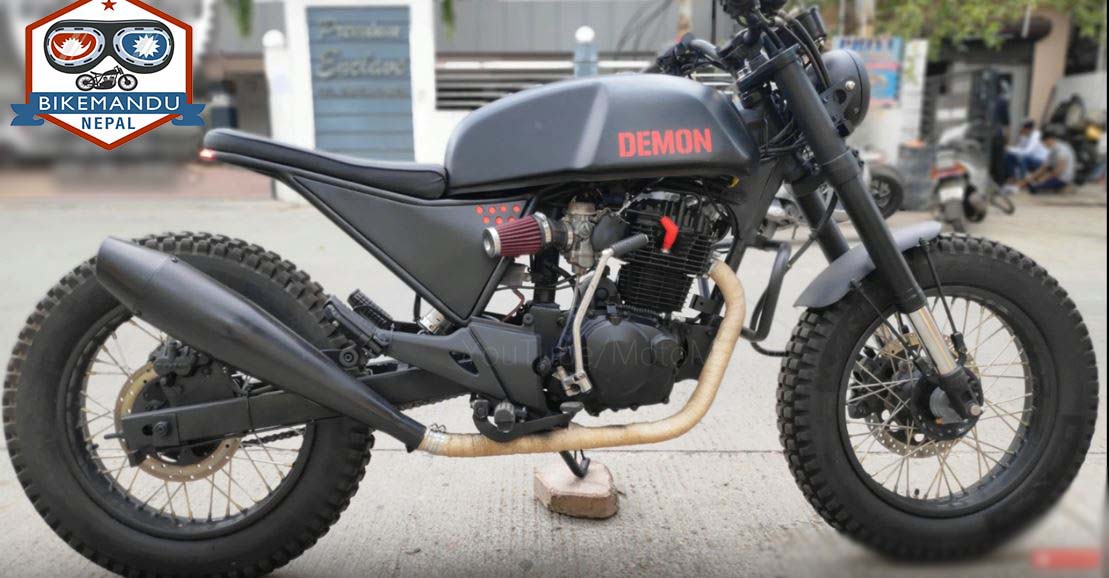 You May Like: It’s Official: No one will believe that this is the pulsar 220

The company went for a Royal Enfield Continental GT fuel tank to make it as similar to the KGF bike. It has four-piston calipers disc brakes at either end. They also decided to change the suspensions by replacing the front with USD forks while the rear features a mono-shock suspension.

As far as we know, they kept the Karizma R’s engine system and has not been changed much. 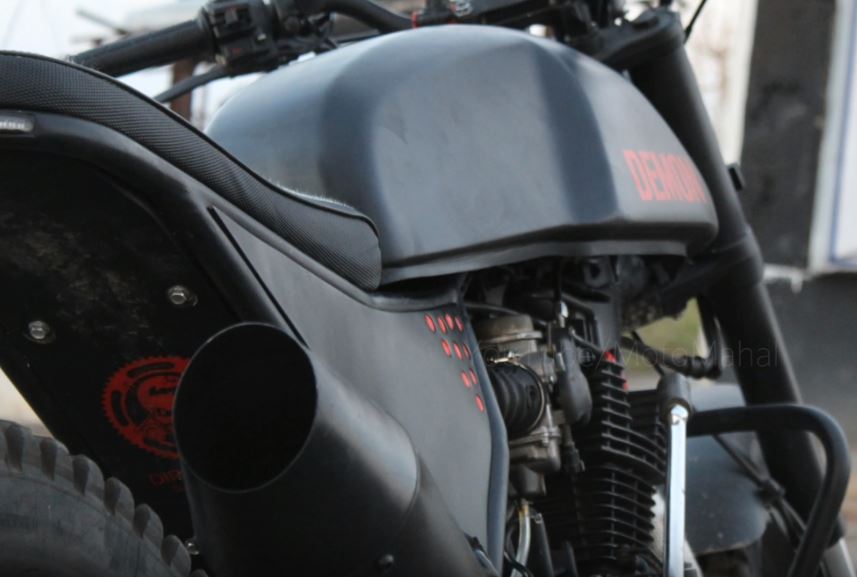 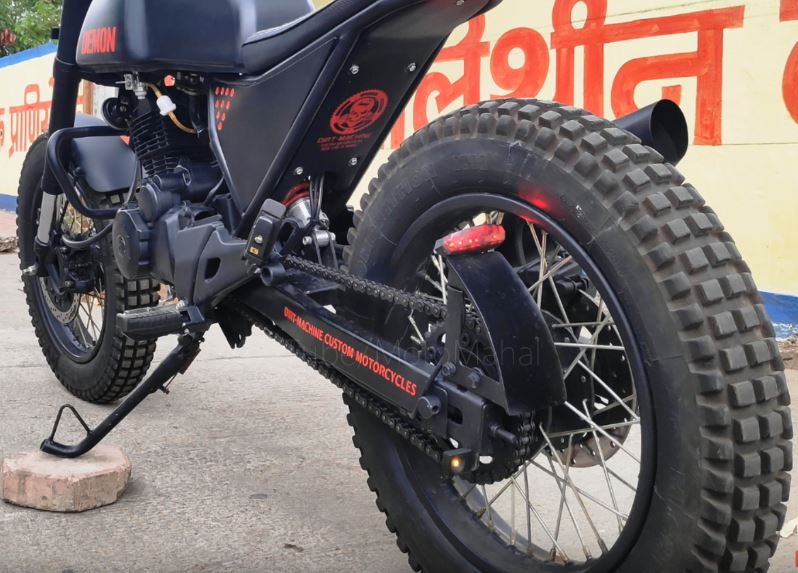 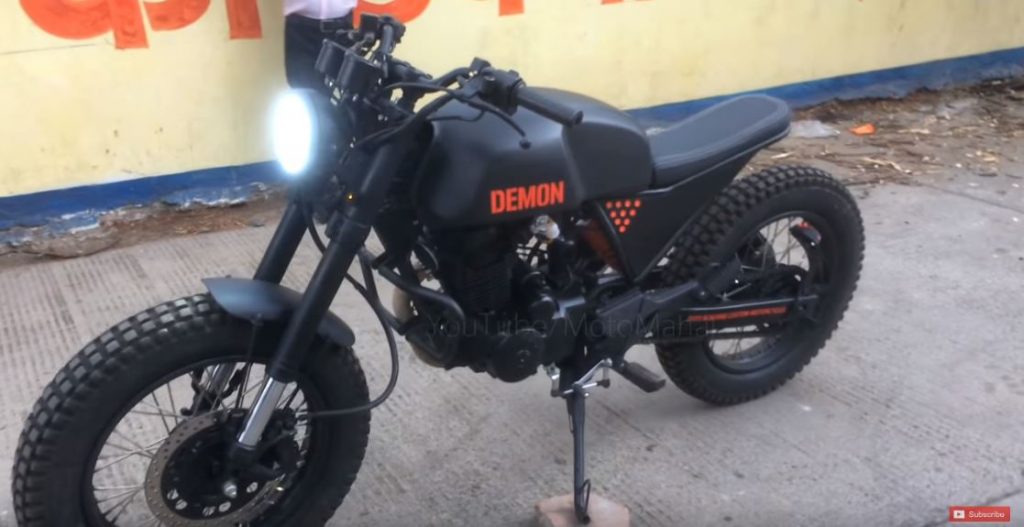