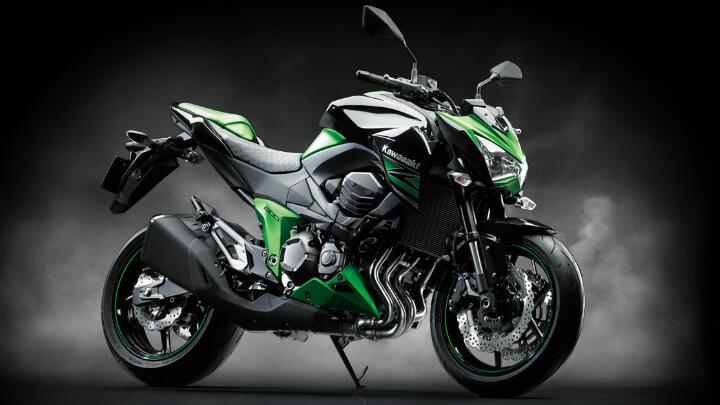 Kawasaki Z800 is a second motorcycle from Kawasaki’s ‘Z’ family after the Z1000 and sixth from the company’s portfolio to be officially launched. Let’s get into its detail. 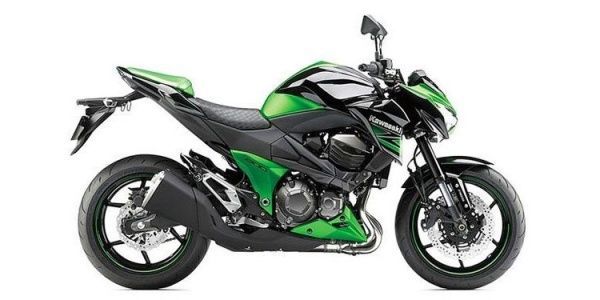 Offered by the Japanese manufacturer, Kawasaki Z800 is the premium naked bike that comes fitted with a 806cc, in-line four cylinder, four stroke engine churning out 111bhp of power with 83Nm of torque. Promising a power packed performance and coming in three attractive dual shades of Candy Flat Blazed Green, Metallic Spark Black and Candy Burnt Orange, it has a super style. This motorbike is a middleweight performance street bike from the Japanese bike maker with the 806cc, inline 4 engine on the Z800 is good for 111.3 BHP at 10200 rpm and 83 Nm at 8000 rpm carrying a high 834 mm of seat height while its ground clearance is pretty normal at 150 mm. It claims a top speed of 233 kmph while its overall weight is bit more on the heavier side at 231 kg.

Taking the Z750’s inline four as a base, Kawasaki increased its capacity from 748cc to 806cc through a 1.6mm wider bore extending it out to 71mm while leaving the 50.9mm stroke unchanged. To alter the engine’s characteristics and add a bit more zest, longer intake ducts (up from 36.5mm to 41.5mm) and revised exhaust ports were combined with intake funnels of varying lengths (the two inner are longer than the two outer funnels) and larger 34mm throttle bodies. And, as if this wasn’t enough, the bores received a plating finish, a new aluminium head added and the pistons reduced in weight by 10%.

Kawasaki Z800 gained 6bhp in power to 113bhp with 3.7ftlb of peak torque, however peak performance was only the headline and it was throughout the entire rev range that the differences were really noticeable. Then, as a final touch, Kawasaki added two teeth to the rear sprocket, increasing it from 43 to 45-teeth to help boost the Zed’s acceleration.

A tweaked Z750R’s unit, the Z800’s chassis is essentially following the outgoing Zed’s model Using the R’s tubular backbone steel frame, as well as shifting the shock 20mm to the left of centre (it was previously 3.8mm to the right!) to make more room for the exhaust, the swingarm was extended in length by 7mm. A new cast aluminium subframe section was also added that runs down each side of the engine and connects across the front via a tube, increasing the chassis’ overall rigidity for improved handling.

Unusually for a middleweight, the Z800’s inverted 41mm KYB forks feature spring preload as well as rebound damping adjustment (but not compression). The piggyback KYB shock can have its preload and rebound adjusted, but also lacks compression adjustment.

The Zed’s wheels are a pretty standard affair, however its twin 310mm front discs are 10mm bigger than the Z750’s and are gripped by four-piston Nissin calipers. The rear is a 250mm disc with single piston caliper. ABS was an optional extra on the Z800 but was standard fitment on the lower-powered ‘e’ model.

The Zed is typical upright and comfortable naked bike. The small nose fairing does a little to deflect wind, but in truth it’s more a styling feature than anything else. Owners report the Kawasaki is comfortable, however there are a few intrusive vibrations which spoil its relaxed nature slightly.