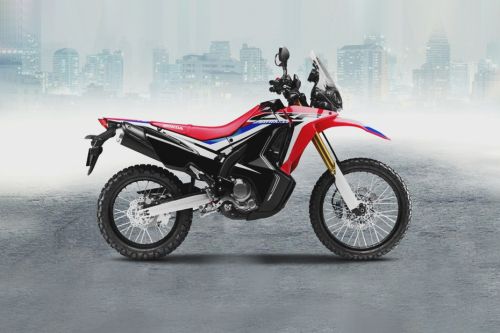 The Honda CRF 250 Rally is the adventure tourer which is derivative of the popular CRF 250L trail bike. It draws inspiration from the HRC CRF 450 Rally Dakar Racer, whereas it shares its engine with the CRF250L. It features the same single cylinder liquid-cooled 250cc engine that delivers 24.73 hp of peak power at 8500 rpm with peak torque of 22.6 Nm at 6750 rpm. The CRF 250 Rally gets slightly taller suspension and larger fuel tank (up from 7.8litres to 10.1litres). Also, seat height is up from 875mm to 895mm and weight from 146kg to 157kg.

The lop-sided headlight in particular has attracted a lot of attention.  Like CRF 250L, the Rally comes with non-adjustable inverted fort up front and Pro-Link rear suspension with the Showa shock absorber. The headlight, clocks and screen are also frame mounted rather than fixed to the handlebars, which should also make for a lighter steering feel. The dash is nicely lit with clear information displayed including two trip meters, odometer, tachometer, clock, fuel gauge and speedometer. The suspension is plush allowing and encouraging to ride aggressively. Extra long travel suspension and high ground clearance will enhance its long-distance off-road ability. The Rally will also have black Alumite aluminium rims, which will have combination of 21-inch front and 18-inch rear. 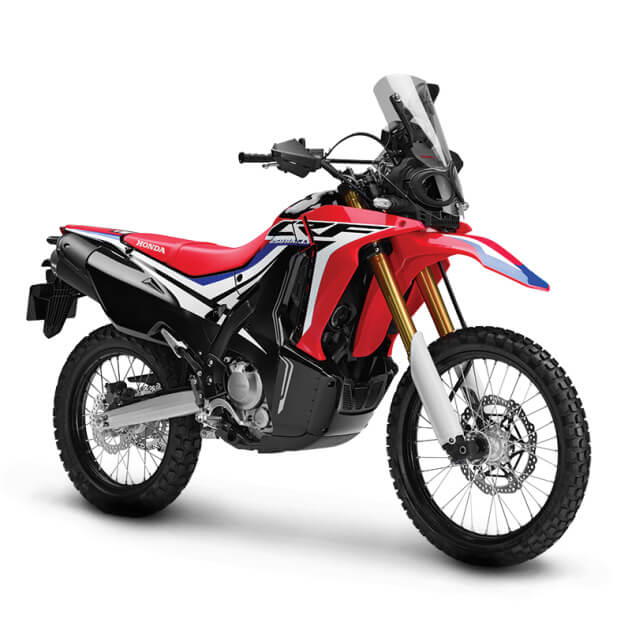 Engine of CRF 250 Rally boasts bottom-end torque couple with substantial top-end power, due to updates from the original CRF 250L including revised PGM-FI and throttle body. The PGM-FI feeds the fuel/air mixture through a 38mm throttle body and draws air from the airbox via a direct connecting tube. The exhaust muffler has a diameter of 115mm, houses the catalyzer and uses two chambers. The floating screen, upper/lower fairing and side shrouds effectively shield the rider to offer excellent defense against the elements. The tapered aluminum swingarm incorporates a monoblock casting that provides the correct rigidity balance and reduces un-sprung mass. Extruded aluminum is used for the chain adjustment collar. The bike comes finished in Honda’s Extreme Red racing colour as a base, with black and white accents. It offers a tall riding stance with an amazing vantage point that lets you scour over traffic.