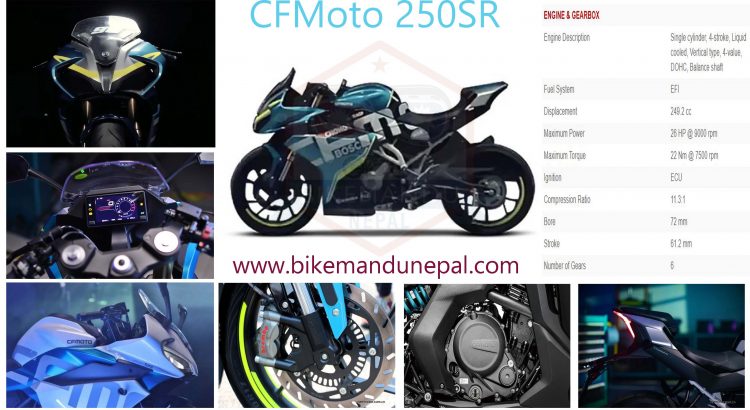 CFMoto 250SR is powered by a liquid-cooled, single-cylinder engine with 250cc displacement. As expected the power of the engine goes up to 26.5PS at 9000rpm and max torque of 22Nm at 7500rpm. It also gets dual-channel ABS along with a detailed TFT instrument console and likely comes with a hydraulic clutch, USD Forks, comfortable seats, and much more. This bike is provided with LED in headlight, taillight and in turn signal lamp. If you are looking for the mobile connection then there are no such features available in this bike. 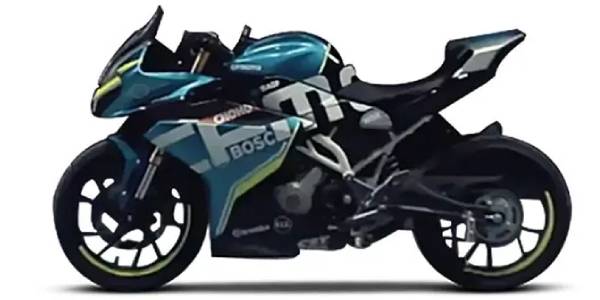 CFMoto 250SR is similar to 250NK but the highlight of the new bike is it’s a full faired design which make comfortable for long-distance ride. No far difference in riding 250SR if you already experienced the magic of 250NK. I want to go into more detail. Since most of the specs sheets and styling of this bike has not been confirmed but the styling of 250SR looks amazing. There are a lot of good-looking bikes in the Nepal market but when it comes to 250SR there is no comparison. The overall design is unique and sporty.

When will CFMoto 250 lunch in Nepal?

This bike is already launched in China but not in India so in Nepal. Here we have some good news and some bad news. The good news is that this bike is going to lunch in Nepal. But the official lunch date and price has not been revealed which brings us the bad news. Going by the rumors, this bike might lunch by this year 2020.

CFMoto 250SR is expected to launch in Nepal with an expected price of NRS 8 lakh. If CFMoto 250SR price in Nepal comes under 5-6 lakhs then this will be the game-changer.