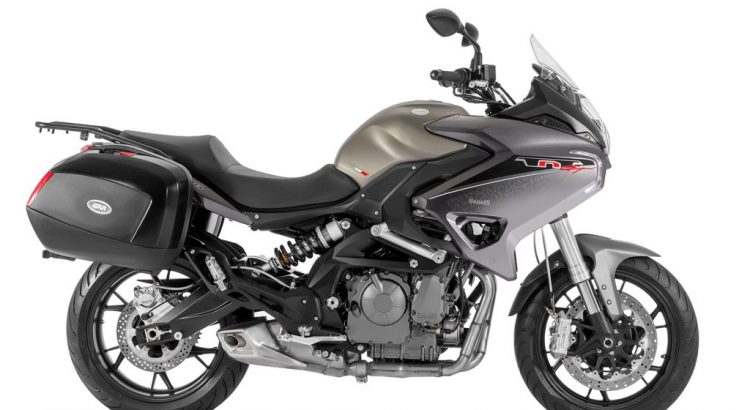 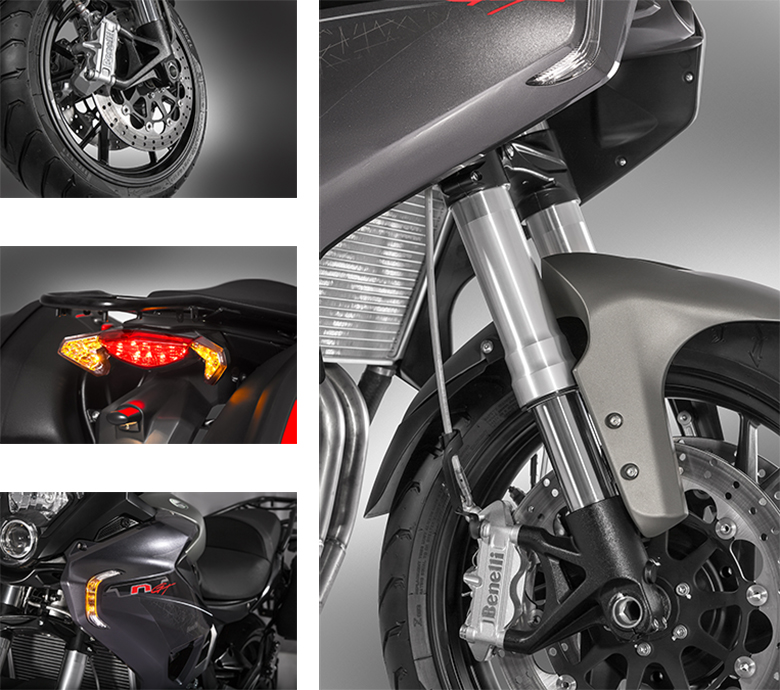 You May Like: It’s Official: Royal Enfield Continental GT

The Benelli TNT 600GT is a sports touring motorcycle, which is a part of Benelli’s group launched in 2015. The TNT 600GT provides a comfortable riding position, which is useful for daily commuting and especially designed for the long rides. It is powered by a 600cc inline four engine, 27-litre fuel tank and fairing of aerodynamics with the combination of different features give the motorcycle great abilities which can be used for touring. It is built around a steel trestle chassis with aluminum alloy casting in the rear. Stopping power is provided by 32 mm. The Benelli TNT 600GT is locally assembled at DSK Motowheels’ factory in Wai, Maharashtra, which has helped the Italian manufacturer price the motorcycle very competitively in the Indian market.

The Benelli TNT 600GT surely is a pretty interesting offering from Benelli mainly taking into consideration the fact that it has a very comfortable four-cylinder engine, comfortable riding dynamics, much needed storage and a large 27 litre fuel tank capacity. And its looks go with the purpose it’s built for, that of long-distance touring rather than the daily city commute. Big front fairing with a small windshield, projector headlamp, high-capacity, 27-litre fuel tank, flat, wide handlebar, upright riding position and a flat, broad seat, all point to the GT’s touring-oriented pedigree. It’s not quite the head-turner, but it’s definitely not one to be ignored.

The TNT 600 GT’s engine is mounted on a tubular steel trellis frame, but the rear part of the frame is part aluminum, ostensibly to keep the weight low. But it works well, this chassis. The GT may not have sport bike-like prowess around corners, due to its weight and high stance, but it’s anything but unstable. It’s a sport tourer, and the 600 GT does everything it’s expected to do, with relative ease of riding and giving the rider a sense of quiet, laid back confidence. 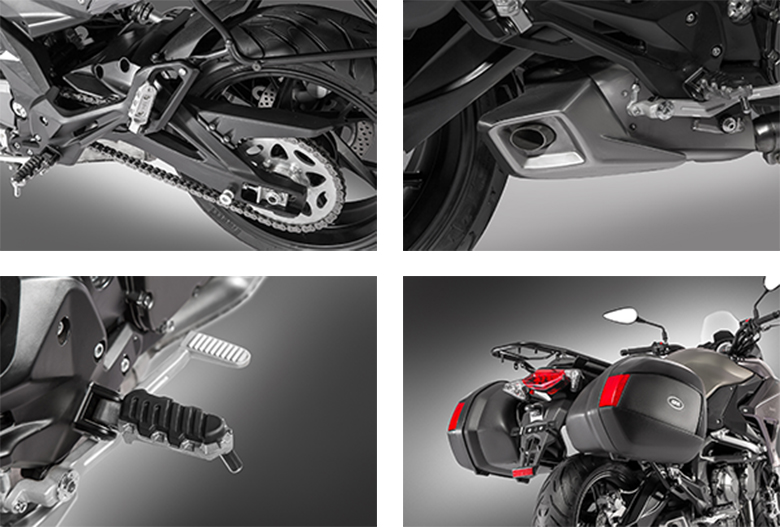 Suspension is a 50mm upside down fork and a side mounted rear shock absorber with adjustable rebound and spring preload. It offers a smooth and pleasant ride, over a variety of road surfaces we encountered, and even over occasional broken patches. In all, the Benelli TNT 600 GT has tall, muscular looks with a decent suspension and an engine which is refined enough to not feel stressed for high-speed highway cruising.

The brakes have double floating 320mm diameter disc at the front with four-piston radial calipers and a single 260mm disc at the rear. But the lack of ABS, even as an option, is sorely missed. At Rs 5.62 the TNT 600 GT is one of the least expensive sport tourers available on sale and competes against the Kawasaki Versys 650 and Honda CBR650F. Benelli TNT 600GT sports twin discs up front and a single disc at the back In addition, the brakes The are supported well by the Pirelli shoes that the bike wears. So  it is very good  offering for someone who loves to go long distance riding. Acceleration is not blistering but it is good enough to keep us entertained it’s that the smooth acceleration will immediately impress us.