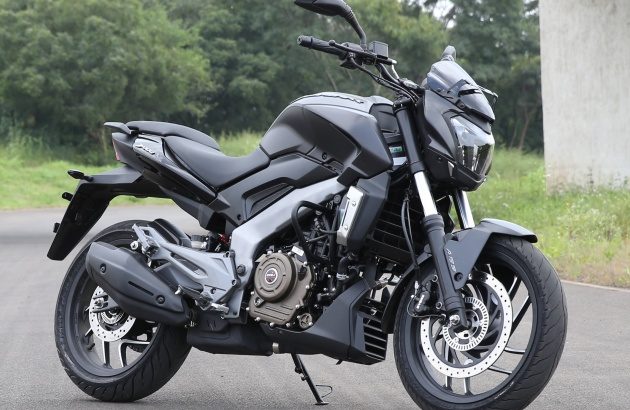 Bajaj Dominar is also known as most powerful motorcycle in Nepal Market. One of the most talked aspects about Bajaj Dominar is its the powerful engine which has been the eye-catching feature of this bike. The motorcycle will be available in 3 colour choice like canyon red, rock matte black and glacier blue.

The engine of the Bajaj Dominar 400 is equipped with a roaring 373 cc triple spark, fuel injected 4-valve engine which is capable of producing 35bhp at 8000rpm of max power and 35Nm at 6000rpm of peak torque. The engine comes mated to a 6-speed gearbox and assisted by a slipper clutch.

The Dominar 400 host a full mosaic sharp LED headlamp with automatic headlights for better illumination on the roads while riding. There is a large contoured fuel tank worth. Talking of the rear, the infinity lights leaves a beautiful impression for a jaw drop. The bike is armed with an LCD instrument cluster which comprises of mileage display, reverse LCD split speedometer and more. 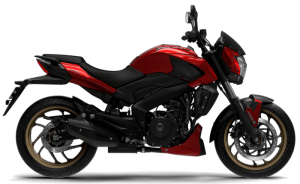 The rigid twin-spar perimeter frame along with slipper clutch makes it easier for sharp turns on the roads. Talking about the performance, the Bajaj Dominar 400 cruises from a standstill to 100kmph within a matter of 8.23 seconds. Whereas the bike can break its speed from 100 kmph to 0 kmph within 46.19 metres. The top speed which this bike can achieve is 148kmph.

It is priced very competitively in accord to the features it offers, the style it boasts of, the safety technology it inherits and a strongly built platform it is made on which makes way for wonderful ride and handling.